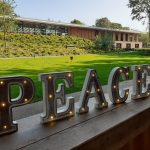 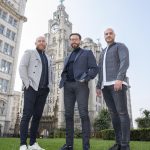 Liverpool-based tech firm Qbunk announces new appointments and key strategic partnerships, as it pledges to invest £180k into its business in 2022 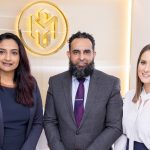 My superpower is: I’m hyper-focused thanks to a meticulous attention to detail, and will cut through the noise to get straight to the heart of a client’s objectives. I’m also a pretty decent wordsmith and after years as a hack I know just what makes a press story fly. Oh, and we’ll laugh a lot along the way!

Richard Lackey is a knowledgeable and trusted PR Director at Jayne Moore Media with more than 15 years experience in public relations and journalism. Richard is highly skilled in taking brands and increasing public awareness and positive perception in sectors such as place-making, entertainment, hospitality and charities. Richard connects businesses with the right audience using the full breadth of 21st century communications, including PR, social media and develops brand strategies.

With a grounding in journalism, Richard is an expert storyteller who is able to build long-lasting narratives for clients that establish them as leaders in their fields. In recent years he has led on all PR for Royal Albert Dock Liverpool, expanding the profile of the Dock and reinvigorating the perception of this Liverpool landmark locally and internationally. He has been a key voice during its ongoing resurgence, putting it at the heart of Liverpool’s historic waterfront as well as bringing national attention to its value as a visitor attraction.

Thanks to Richard’s dynamic brand positioning and PR strategy, he has helped the ADHD Foundation challenge the way neurodiverse conditions are portrayed in the press and championed a positive model for mental health across national media. Richard connects with people and provides communications expertise that goes well beyond traditional PR, helping companies achieve their wider objectives. He is now bringing this wealth of experience to PSS as they reach the 100-year milestone.

Working closely with the likes of Liverpool BID Company and the International Waterfront Forum, Richard uses his valuable advocacy skills to position his clients with key stakeholders and decision-makers. He combines this with results-driven PR, crafting engaging content that make them central to the city’s place-making agenda.

Richard has a depth of knowledge across a number of sectors and among his many successes are campaigns with Lantern Company that have increased footfall by the thousands as well as raising their profile internationally. Richard is also a talented hospitality PR, having worked with hotels including Hotel Indigo, EPIC Apart Hotel and acclaimed restaurateur Marco Pierre White.

From 2004 to 2013 Richard worked as a journalist for a number of well-known media outlets, including the Liverpool Echo, Daily Sport and Southport Champion series.